Large cloud providers such as IBM, Amazon, Microsoft, Google and VMware are building datacentres in Europe as enterprises based in the European Union (EU) migrating workloads to the cloud insist their data stays in the region.

Cloud provider IBM announced it is opening a SoftLayer datacentre in Paris, France before the end of 2014. 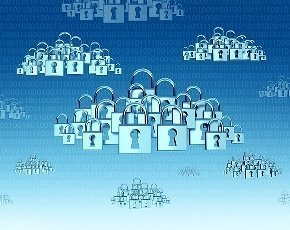 This will be IBM’s third cloud-focused facility in Europe, after its Amsterdam datacentre and the more recent London datacentre in Chessington. The Parisian datacentre will be part of IBM’s $1.2bn plan to build 15 datacentres in Europe to propel its cloud services.

The Parisian facility will assure French enterprises using SoftLayer infrastructure that their data will stay in France, complying with EU data sovereignty regulations.

“We’re addressing clients’ and countries’ growing desire for data sovereignty head-on,” said Lance Crosby, chief executive of SoftLayer. “The Paris cloud centre allows us to support workloads and applications from French customers who want their data to stay in the country and secure in the cloud, and provides our global clients with an opportunity to get even closer to their end user customers in the region.”

The company decided on Paris as home to its third European datacentre because France consistently ranks in SoftLayer’s top ten best-performing countries in Europe and its cloud market continues to grow.

French analyst firm Markess reported that the cloud computing market in France has increased by €2.2bn in 2012 to €4.1bn in 2014 as more companies adopt cloud to deploy web-centric workloads or transform their existing operations.

The first Parisian SoftLayer datacentre will start with about 1,400 servers and will have a maximum capacity of 4,000 servers. It will be based in the Globalswitch facility in Clichy, just outside Paris.

IBM is expected to place its next European datacentre in Frankfurt, Germany.

Speaking at the opening of the Frankfurt region, AWS senior vice-president Andy Jassy said: “Our business in Europe is growing so dramatically that it is time we added another region in EU, and Frankfurt offers the best network infrastructure for a new facility.”

But, more importantly, he added: “Many of our enterprise customers have said they want to keep their applications and data in the EU.”

He said AWS has thousands of enterprise customers from Germany who are increasingly demanding a local datacentre infrastructure so they can migrate their data-sensitive, mission-critical workloads on to AWS.

According to Amazon, many large enterprises from heavily regulated industries – such as banking and financial sector, insurance, oil and gas and healthcare – are turning to  public cloud services. In Europe, British Gas, National Rail Enquiries, BP, Dutch bank De Nederlandsche Bank and Vodafone Italy use AWS.

German customers using AWS include Talanx, a player in the highly regulated insurance sector. Talanx is one of the top three largest insurers in Germany and one of the largest insurance companies in the world, with over €28bn income in 2013.

“For Talanx, like many companies that hold sensitive customer data, data privacy is paramount,” said Achim Heidebrecht, head of group IT at Talanx. “Using AWS we are already seeing a 75% reduction in calculation time, and €8m in annual savings, when running our Solvency II simulations, while still complying with our very strict data policies.

“With the launch of the AWS region on German soil, we will now move even more of our sensitive and mission-critical workloads to AWS.”

Academics in Germany have said many businesses and universities are refraining from moving data to the cloud because data outside Germany affects their compliance with internal processes.

Hubert Burda Media – a large media company in Europe with over 400 brands and revenues in excess of $3.6bn – has policies preventing its data being hosted outside Germany. JP Schmetz, chief scientist at Hubert Burda Media said: “Now AWS is available in Germany, it gives our subsidiaries the option to move certain assets to the cloud and use AWS more meaningfully.”

The latest EU region complies with EU data privacy laws, so customers can migrate their critical applications on to the cloud, Jassy said.

European enterprises’ increased concerns around data privacy and security on the cloud stems not just from the vulnerability of cloud to security hacks, but also because of the Prism scandal and US regulations such as the Patriot Act, which allow US judges to ask US-based cloud companies to hand over customer data, regardless of which geographical region it is held.

Cloud giant Microsoft has been fighting the US federal court which ruled that Microsoft must comply with a US warrant and hand over customer email data stored in its Dublin cloud datacentre. Its UK Azure customers include Toyota, Coca Cola, Aviva and EasyJet.

AWS’s Jassy said the company fully complies with applicable EU Data Protection laws and provides a data processing agreement to customers who wish to use AWS to store personal data.

“Most enterprise customers who care about data privacy encrypt their data on AWS,” said Jassy.

“If customers hold the key to their data on AWS, then government requests of data is a non-issue for us.

“If the US or any other government asks for data from AWS, we don’t respond unless it is a court order or it is legally binding. In case when it is legally binding, we challenge very aggressively any over-reaching demands. We then notify the customer and ask them to manage the issue.

“But, so far, it hasn’t affected any of our customers and it is not something that people on our platform experience.”

Meanwhile, Google is reportedly investing €600m (£472m) in a giant 120-megawatt datacentre in the Netherlands as it seeks to capture more of the enterprise cloud business. Google has three large European datacentres in Ireland (Dublin), Belgium and Finland. It also has a smaller 20-megawatt capacity datacentre in Eemshaven, Netherlands.

VMware opened its second IaaS datacentre in the UK to provide services to organisations that need to keep their data in the UK.

A Vanson Bourne study revealed that most of its enterprise customers (86%) in the UK said it is important to ensure their business-critical data is stored with a UK-based cloud service provider.

The theme of building local IT facilities for European customers resonates across all service providers. At its annual Solutions Summit in Brussels in September, Michael Dell, founder of Dell, said: “Security is still a big concern for European enterprises.”

According to him, enterprises in Europe prefer “local” clouds for data sovereignty and privacy issues, so it is supporting local system integrators with local datacentres to build cloud for its customers.