The concept is set out in a white paper that views current centralised approaches to building an internet of things as costly, prone to security breaches and poorly designed for the enterprise. 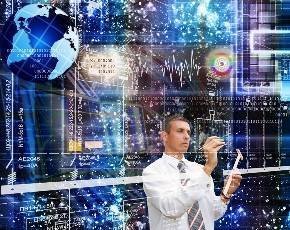 Together with Samsung, IBM has been working on the Autonomous Decentralised Peer-to-Peer Telemetry (ADEPT) platform, which seeks to demonstrate the benefits of a decentralised approach to the IoT.

The key ADEPT development objectives are to accomplish IoT process tasks without a centralised control infrastructure, to implement multiple layers of security and encryption and design a robust, transparent infrastructure, to build in privacy as a key feature, and to design something that can function in a business setting.

A blockchain is a constantly growing public ledger or transaction database that records all Bitcoin cryptocurrency transactions in chronological order, and is shared by every node participating in a system based on the Bitcoin protocol.

The internet of things takes off

A complete copy of a blockchain therefore contains a record of every transaction completed over the network because every block contains what is known as a ‘hash’ of the block that went before it, and every block in the chain can be traced back to one ‘genesis’ block.

IBM’s researchers believe that applying blockchains to the IoT can open up interesting possibilities. The paper proposes that if a device is registered by its manufacturer as a unique entity on the blockchain, the chain becomes in effect a massive database of device history, product revisions, firmware updates, warranties and so on.

In the first scenario, ADEPT would allow the washing machine to detect component failure, then refer to the blockchain for information on its warranty, and place a work order for an engineer to come and replace the component, all without any human interaction.

In the second scenario, the washing machine could query its peer list to determine the existence of a retail contract for detergent when it detected its own supply was running low, invoke that contract and order more detergent directly – with its owner’s permission, of course.

In the third scenario, the washing machine enters into a contractual agreement with other appliances in the home over power sharing. If it detects an upcoming peak-time spike in power pricing, it could ask the TV to power down. In IBM’s scenario, the TV refused the request because the spike was taking place during prime-time viewing. However, it compensated the washing machine with user-approved ‘tokens’ that it could then use to delay its cycle for a few hours, saving its owner money.

“In such a world,” according to the paper, “we would redesign and simplify the way we design our master data management systems, after-sales systems and order processing and management. The blockchain-based, decentralised IoT can become a truly revolutionary approach to transaction processing among devices.”

Acknowledging that it would be impractical to have hundreds of millions of devices all holding massive amounts of blockchain information, the paper also proposes the creation of ADEPT peers with large processing and storage capabilities, or exchanges, to manage the blockchain, possibly at a community or regional level. Smart devices would then access these peers when they needed to access their blockchains.

Distributed systems like ADEPT will make our planet smarter, more efficient, and open up a huge range of economic opportunities

The theorised platform would be underpinned by three open source protocols: BitTorrent for file-sharing, TeleHash for peer-to-peer messaging, and Ethereum for the blockchain technology itself.

The research team acknowledged a number of potential challenges around these platforms, noting variously that BitTorrent may lack the stability required for a decentralised IoT peer-to-peer solution, that TeleHash is still very much a work in progress, and that Ethereum blockchains are not yet scalable enough for a multibillion-node network.

“Revolutions are not for the faint of heart,” the ADEPT researchers acknowledged in the paper.“There are significant challenges associated with distributed systems, not to mention issues with security, coordination, intellectual property management, identity and privacy.

“We believe that distributed systems like ADEPT will make our planet smarter, more efficient, and open up a huge range of economic opportunities. We believe these technological changes represent the biggest revolution since the origin of general purpose computing and transaction processing systems.”

With the proof of concept complete, IBM’s ADEPT team, along with its collaborators in Samsung and elsewhere in the open source community, plans to move forward with the platform’s development.

The code has already been shared and an API suite development is in progress for the ADEPT core stack. The team’s work products will be made available at a later date on both IBM BlueMix and Git.