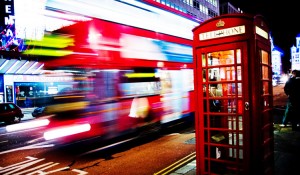 Original Article What is a connected city? Every region of the world is experiencing rapid urbanisation. Right now, more than 50 % of the world’s population lives in urban areas. By 2050 that number will grow to nearly 75 %, or more than 6.5 billion people. Some areas will experience more intense urbanisation than others, with India for example, doubling its urban population by the end of 2030.

For Big Cities, Innovation Is Fundamental

For big cities to achieve sustainable growth, innovation is fundamental. Unfortunately, accelerated urbanisation does not come without challenges for the mega cities. Resources are stretched, planning is hampered by economic realities, ageing infrastructures, low employment rates and constantly increasing transportation demands, require everyone’s attention. Despite these challenges, rapid urbanisation will continue and along with it, the expansion of a “network of interconnected systems”.

Dubai is experiencing the most startling and rapid urbanisation seen in current day. In the past 25 years alone, Dubai has transformed from a small middle eastern city into a global market with a skyline rivalling New York.

What is a smart or better said, a connected city? By 2020, more than 50 billion smart sensors devices, connected objects or embedded sensors will be connected to the internet as part of a gigantic IoT (Internet of Things) network; the fabric of a connected city. An enthralling potent network, constantly generating large data sets, defining a new world where just about anything is virtually connected, communicating and exchanging data in real time.

Data? What data? Your data, my data, the entire city’s real time data. As sensors spread across almost every industry, the internet of things is going to trigger a massive influx of big data. The IoT will massively increase the amount of data available for analysis by all manner of organisations.

Allow me to explain: Back in 2012, Dr. Soong Moon Kang from UCL Management Science and Innovation together with his colleagues from UCL CASA decided to monitor and analyse the traffic of London metropolitan transport system. Approximately 11 million bulk records reflecting the daily commutes of 4 million underground users.

The information was collected through the Oyster Card, the smart card electronic payment system for London transport. They found that London has many “polycentres” – a network arrangement that has implications for, how public transport is designed and used.

Data Is The New Oil

Find it, extract it, refine it, distribute and monetise it. Big data is a broad term for data sets so large or complex that traditional data processing applications are inadequate. “large”….How large? Cisco’s estimate of the amount of data generated by Internet of Everything (IoE) devices – which encompasses people-to-people (P2P), machine-to-people (M2P) and machine-to-machine (M2M) connections – to 403 ZB (zettabytes) by 2018.

We’re going to have data spewing at us from all directions: from appliances, from machinery, from train tracks, from shipping containers, from power stations.
If that doesn’t get you thinking how to handle real-time data feeds, nothing will…

Who needs the data and what for? Big data will radically change the way the we analyse data, with significantly improved results. From medicine to finance, from insurance to healthcare, from advertising to politics, such analytics will be fuel for innovations but let’s look at a few examples of what data does for us, in a connected city context, across the world. I’ll detail:

These smart cards are feeding “the city” with data sets relating to its usage: how many times they’ve been used, in what neighbourhood, what service – general transport, bicycle, taxi, libraries – the user type (individual or company) the user age, etc.

Houston, US: Centre Point Energy in Houston used SAP HANA to create a “mind-reading” call centre application. It identifies callers by their call ID, then runs a predictive algorithm using two years of customers history to choose among 40 different reasons the customer could be calling, all in less than a second. It then directs them to the most appropriate service and provides all the information the operators need to handle the call. Results? Customers get better, faster service at a lower cost to company.

Porto, Portugal: Veniam (a tech startup) is deploying a new mobile Wi-Fi hotspotsall over the city of Porto. More than 600 city buses and taxis have been equipped with Wi-Fi transmitters, creating the largest free Wi-Fi hotspot in the world. Veniam sells the routers and service to the city, which in turn provides the Wi-Fi free to citizens, like a public utility.

In exchange, the city gets an enormous amount of data – the idea being that the data can be used to offset the cost of the Wi-Fi in other areas. For example, in Porto, sensors tell the city’s waste management department when dumpsters are full, so they don’t waste time, man-hours, or fuel emptying containers that are only partly full.

Songdo, South Korea: Trash collections in the city of Songdo are completely automated, through pipes connected to every building. The solid waste is sorted then recycled, buried or burned for fuel. The city is partnering with Cisco to test other technologies, including home appliances and utilities controlled by your smartphone, and even a tracking system for children (using microchips implanted in bracelets).

Long Beach, US: The city of Long Beach, California is using smart water meters to detect illegal watering in real time and have been used to help some homeowners cut their water usage by as much as 80 percent. That’s vital when the state is going through its worst drought in recorded history and the governor has enacted the first-ever state-wide water restrictions.

Los Angeles, US: Los Angeles uses data from magnetic road sensors and traffic cameras to control traffic lights and thus the flow (or congestion) of traffic around the city. The computerised system controls 4,500 traffic signals around the city and has reduced traffic congestion by an estimated 16 percent.

IoT is the third big technology ‘wave’ in the last 50 years and the biggest. Its productivity potential is so powerful it will deliver a new era of prosperity and great advantages to connected cities: Municipalities improve their image, promote their services better and can access a wealth of new information. The traceability and feedback on the use of the services can foster better decisions and better public policies.

IoT – The Key To Connected City

IoT technologies – key component in any city’s effort to become “connected”. The number of connected cities across the world is set to quadruple between 2015 and 2025, with many new city developments. India, for example, is planning to spend $1.13 billion on 100 of them. Cisco believes the global “Connected Cities” market is already worth $3 trillion, with close to $6 billion coming from India in the next five years.

While India is expected to drive future growth, the current leaders are Europe, Singapore, and Korea, with a greater level of activity expected from countries like Brazil and China. The “Connected City” market is therefore set to explode, with Frost & Sullivan projecting a $1.5 Trillion global market by 2020 across several different segments.

Data explosion will improve our cities. Better efficiency of police and fire services by capturing and correlating all the data coming from different systems installed in the city, including surveillance cameras, emergency vehicle GPS tracking, fire and smoke sensors will become a norm of a connected city. A connected city is going to predict protests, concerts, accidents by listening on social media networks and thus facilitate the management of potential traffic jams by smartly redirecting the traffic.

A smart city is smart through its senses. A smart city “can see, can smell, can hear”. Can “see” if a parking spot is taken or not. Can hear/identify a gunshot and instantly send an “audio-video-gps” report to the closest police unit. Can “smell” air-quality and notify approaching connected vehicles of potentially dangerous situations. A connected city’s senses are obtain through smart sensors.

Smart sensors are everywhere. We attach them to our wrists, embed them into our medical devices, place them in car parks, playgrounds, even mount them onto the lampposts. Most sensors go unnoticed, their insides packed with unknowable electronic components, ceaselessly monitoring, counting, measuring, and transmitting.

Invisible by default, housed in anonymous plastic or metal boxes, these sensors rarely give away even a hint as to their purpose, intention, or ownership. Only sometimes adorned with a manufacturer’s label or an owner’s logo, there is seldom any information to explain what these barnacles of our urban landscape are or what they are doing. For all their ubiquity, the aesthetic of these smart sensors is unconsidered, their function and provenance is entirely inscrutable.

While it’s easy to recognise a CCTV camera, it is impossible to know the fate of the recorded data. Perhaps it’s streaming live video to a far-off police control room, being scanned in real time for flagged license plate numbers. Or it may be recording footage that will later be viewed by a private security contractor working the night shift.

Some may never been seen by a human, instead archived to a remote server under an entirely different jurisdiction – and kept for 24 hours, for 5 years or indefinitely. Even if unexamined today, it could be scanned with facial recognition algorithms or mined for patterns, years and years later.

Sensors are inherently of their context: the physical context they sense and the human one they often infer, but also of the corporations that manufacture them and the organisations that install them and base decisions on the supposedly, objective data that they create but hey…this is another subject, for another article, on another lazy weekend. Happy to meet, sorry to part, happy to meet again next week.

Oh, before I go, I’d like to recommend you two books: “The Third Wave” (1980) and “Powershift: Knowledge, Wealth and Violence at the Edge of the 21st Century” (1990) both by Alvin Toffler. Data is knowledge and knowledge is power. Read them, you’ll understand why.