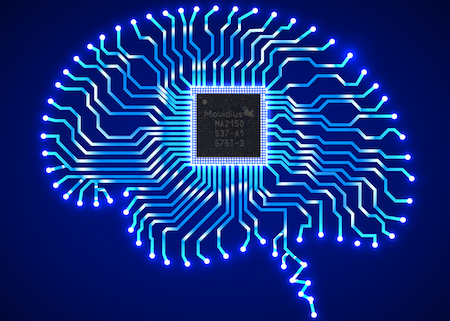 The move will add machine-learning processors to smartphones, but Apple has its own plans, too. 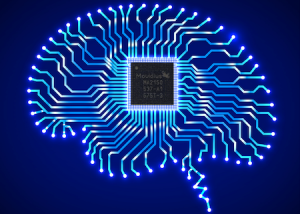 Apple (NASDAQ:AAPL) and Alphabet’s (NASDAQ:GOOG) (NASDAQ:GOOGL) Google are trying to make the smartphone even smarter. The Android maker recently made a big announcement about adding machine learning to mobile devices, and it could change how smartphones process real-time information.

Google said it will purchase chips from Movidius, which makes low-power, machine-learning processors for connected devices. Machine learning, a type of deep learning, is when computers (or phones) can process and categorize external information (like a picture you just took).

Google already uses cloud-computing to categorize photos for its Google Photos app. If you take a picture of the beach and upload it to Google Photos, the app will automatically learn that it’s a picture of the beach and classify it as such. But Movidius’ chips bring that machine-learning power straight to mobile devices, allowing them to process the information in real time, instead of in the cloud.

Making smartphones smarter
The benefit of processing information on a device, rather than uploading it to the cloud for categorization, is that smartphones will then be able to run deep learnings applications much faster, and without the need of a strong wireless connection.

Machine learning typically uses a lot of processing power, which usually makes it a bad fit for energy-strapped mobile devices. But Google will use Movidius’ MA2450 chip, which is expected to only use a minimal amount of a mobile device’s energy. It’s still unclear where exactly Google will use the chips, but it’s likely the company will put some of them in future versions of its Nexus smartphone lineup.

But Apple isn’t waiting around for Google to get the upper hand in machine learning. The iPhone maker recently purchased an artificial intelligence company, Perceptio, which processes real-time machine-learning information on mobile devices.

The company also made two artificial intelligence (AI) hires back in September. Nicolas Pinto from Harvard and Zak Stone, from MIT, were working on AI software that could categorize images without having to access massive amounts of data in the cloud.

Real-time categorization, coming soon
While Google and Apple’s recent moves bring exciting opportunities for the companies’ devices and operating systems, it’s not likely that we’ll see the machine-learning features in the next device cycle. The companies are likely making long-term plays with these machine-learning plans, as they try to figure out how to make their devices much smarter than they are now.

I think Google’s deal with Movidius is the most interesting because the company is looking to new forms of processors to make devices better, instead of just relying on new software. Apple could end up doing the same, of course, but for now it seems Google may be outpacing Apple’s efforts to bring machine-learning capabilities to smartphones.

A secret billion-dollar stock opportunity
The world’s biggest tech company forgot to show you something, but a few Wall Street analysts and the Fool didn’t miss a beat: There’s a small company that’s powering their brand-new gadgets and the coming revolution in technology. And we think its stock price has nearly unlimited room to run for early-in-the-know investors! To be one of them, just click here.