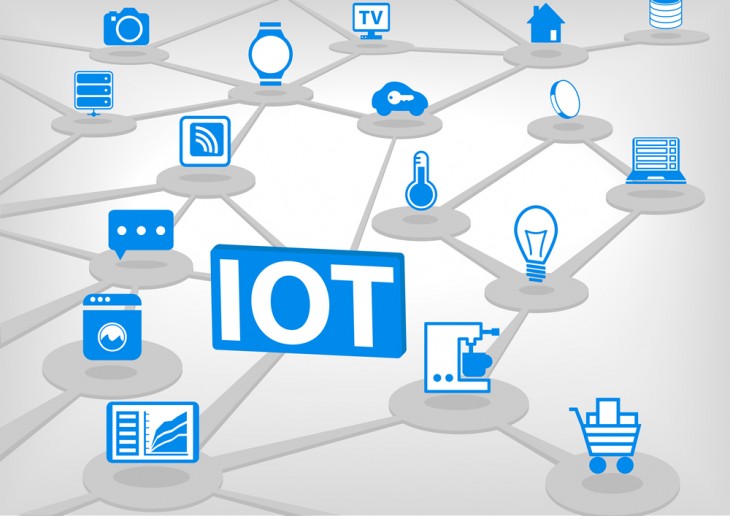 When we started this decade, the Internet of Things was a basically a buzzword, talked about by a few, acted upon by fewer, a challenge to save for the future, like 2015 or 2020.
But as a famous character once said in a movie that’s now 30 years old, “life moves pretty fast…” and now, here we are with 2015 in the rear view mirror and our 2020 vision becoming clearer by the minute.

Everyone’s talking about the Internet of Things, even the “things,” which can now request and deliver customer support, tell if you’re being as productive as you could be at work, let your doctor know if you’re following orders (or not), reduce inefficiencies in energy consumption, improve business processes, predict issues and proactively improve or resolve them based on data received.
The Internet of Things (IoT) is just getting started. These forecasts below show why organizations need to get started too (if they haven’t already) on leveraging and responding to the Internet of Things:
1. The worldwide Internet of Things market is predicted to grow to $1.7 trillion by 2020, marking a compound annual growth rate of 16.9%. – IDC Worldwide Internet of Things Forecast, 2015 – 2020.
2. An estimated 25 billion connected “things” will be in use by 2020. – Gartner Newsroom
3. Wearable technology vendors shipped 78.1 million wearable devices in 2015, an increase of 171.6% from 2014. Shipment predictions for this year are 111 million, increasing to 215 million in 2019. – IDC Worldwide Quarterly Wearable Device Tracker
4. By 2020, each person is likely to have an average of 5.1 connected devices. – Frost and Sullivan Power Management in IoT and Connected Devices
5. In a 2016 PwC survey of 1,000 U.S. consumers, 45% say they now own a fitness band, 27% a smartwatch, and 12% smart clothing. 57% say they are excited about the future of wearable technology as part of everyday life. 80% say wearable devices make them more efficient at home, 78% more efficient at work. – PwC The Wearable Life 2.0: Connected Living in a Wearable World
6. By 2020, more than half of major new business processes and systems will incorporate some element, large or small, of the Internet of Things. – Gartner Predicts 2016: Unexpected Implications Arising from the Internet of Things
7. 65% of approximately 1,000 global business executives surveyed say they agree organizations that leverage the internet of things will have a significant advantage; 19% however, still say they have never heard of the Internet of Things. – Internet of Things Institute 2016 I0T Trends Survey
8. 80% of retailers worldwide say they agree that the Internet of Things will drastically change the way companies do business in the next three years. – Retail Systems Research: The Internet of Things in Retail: Great Expectations
9. By 2018, six billion things will have the ability to request support. – Gartner Predicts 2016: CRM Customer Service and Support
10. By 2020, 47% of devices will have the necessary intelligence to request support. – Gartner Predicts 2016: CRM Customer Service and Support
11. By 2025, the Internet of Things could generate more than $11 trillion a year in economic value through improvements in energy efficiency, public transit, operations management, smart customer relationship management and more. – McKinsey Global Institute Report: The Internet of Things: Mapping the value behind the Hype
12. Barcelona estimates that IoT systems have helped the city save $58 million a year from connected water management and $37 million a year via smart street lighting alone. – Harvard University Report
13. General Electric estimates that the “Industrial Internet” market (connected industrial machinery) will add $10 to $15 trillion to the global GDP within the next 20 years. – GE Reports
14. General Electric believes that using connected industrial machinery to make oil and gas exploration and development just 1% more efficient would result in a savings of $90 billion. – GE Reports
15. The connected health market is predicted to grow to $117B by 2020. Remote patient monitoring is predicted to be a $46 billion market by 2017. – ACT Report
16. Connected homes will be a major part of the Internet of Things. By 2019, companies will ship 1.9 billion connected home devices, marking an estimated $490 billion in revenue (Business Insider Intelligence). By 2020, even the connected kitchen will contribute at least 15 percent savings in the food and beverage industry, leveraging data analytics. – Gartner Research Predicts 2015: The Internet of Things
The Internet of Things is accelerating the transformation of the way we live and work. Life move pretty fast. Stop and look around, but don’t miss it. Is your organization leveraging the Internet of Things?
This article originally appeared in Parature.