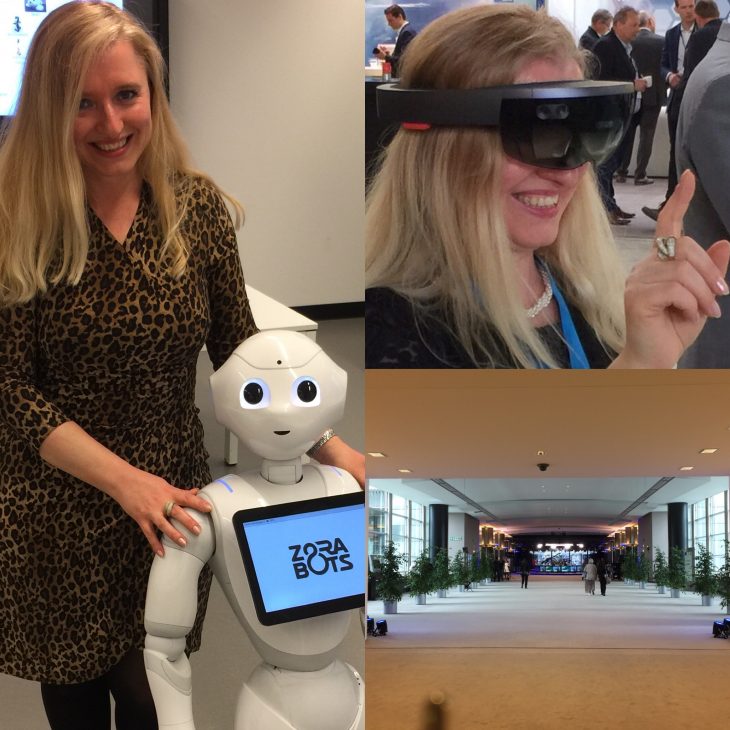 I have been quiet for a while, but in meanwhile experimenting some new technologies, listening to professional experts and scientists, observing quietly the transition era we are in from Industry 3.0 to Industry 4.0.

I have been lucky enough to say I least lived through Industry 2.0, 3.0 and working closely at Industry 4.0 transformation, in fact I’m closely involved in this transformation. Not only due my personal approach but also due my corporate job.

Recently I participated in 3 events actively, European Utility Week Initiate Program by Synergy and Energy Transition Seminar of Norton Rose Fulbright, a Fair about eHealth with Augmented Reality. And I watched others presenting information about the upcoming European regulations by a Dutch Norm organization and Smart Living Technology event at European Parliament. 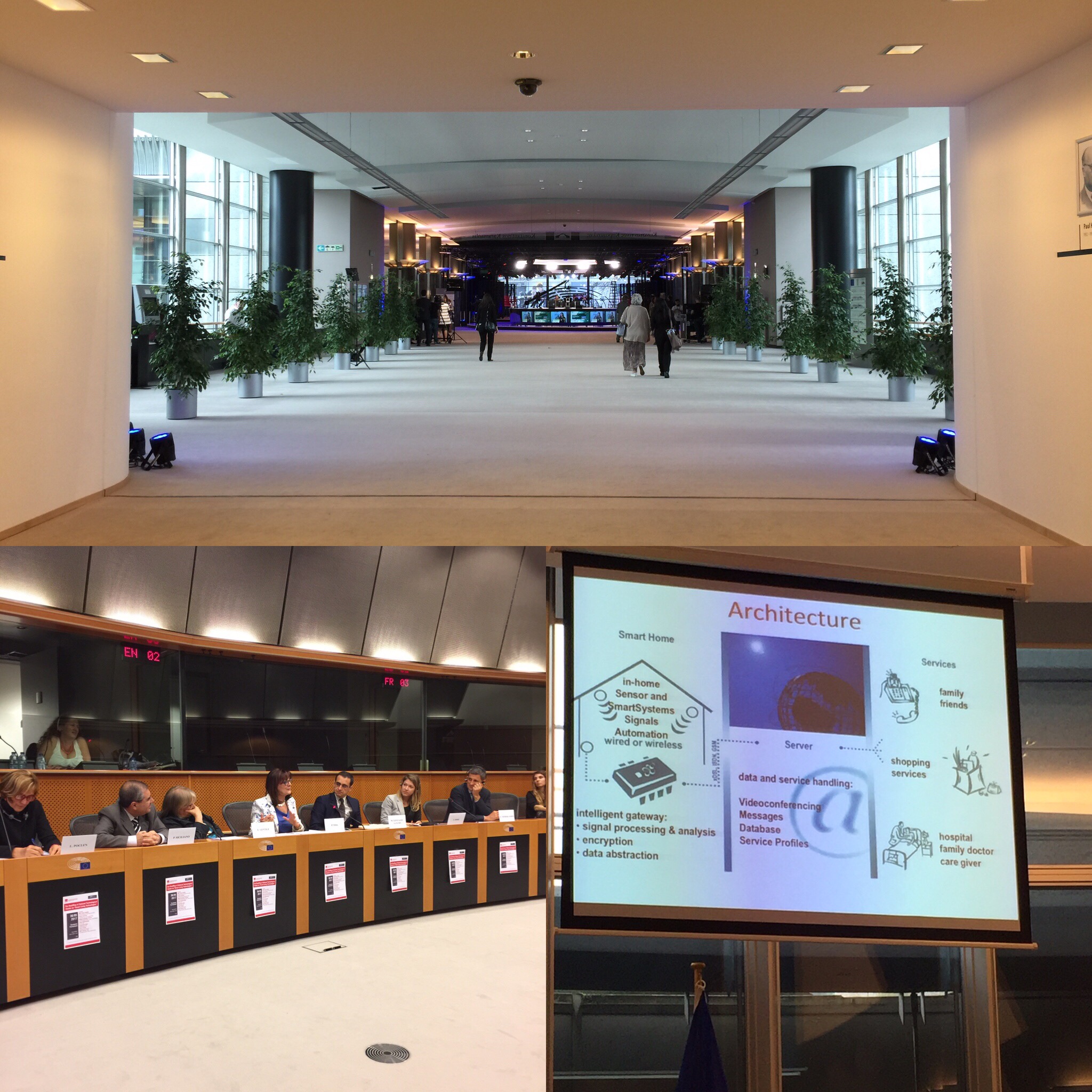 All together, from A to Z, I told about Big Data & IoT & Blockchain & A.I. & Augmented Reality, I listened to researchers, regulation, policymakers, etc.

There were few special one’s that I would adress here.

First of all about the Robot Pepper, sometime ago I contacted the European representative of Pepper, Aldebaran (Pepper is from Japan, made by SoftBank Robotics), I was wondering if I as an individual could purchase one and make it available for BigDataQ platform readers Data Scientists to develop algorithms on, in reality as an individual you can not purchase Pepper in Europe, you need to be a registered company or an education instance, unfortunately, though if you could, it is pretty expensive for an individual. My idealistic dream was pretty soon over. After some chat about my corporate job, it was still interesting to contunie on investigating Pepper as it might be offering a value for some market segments that I’m responsible for, based on my idea we together with some Dutch researchers and scientists invited a solution partner(ZoraBots) of Pepper from Belgium to give us a demonstration, they were very kind and came over for it.

Technology base, it still has quiet some house work that need to be done, here for it requires close cooperation with solution partners, and definition of concrete use-case’s. Since its a pricy integration, its value should endorse the early adapters, how ever for B2B models, I think it can handle high volume of repetitive informative operational tasks and defintely has a binding social value, on top of that, she is cute, though voice recognition in A.I. technology in general still requires attention, especially in countries like Netherlands, where several dialects are present. Still,

I’m sure an elderly would like to listen to a book that Pepper would read for her.

Or a child visiting a museum would get hand by hand walk and listen to things, historical facts Pepper has for her to hear.

Robots are thus not only coming in manufacturing, in automotive industry…

Question arises, are we ready for? Many people are asking recently the same question, will we face to high rate of Unemployment? As we heard even Zuckerberg is talking about UBI(Universal Basic Income). I have written already a model of earning a basic income through centralised DataBank exchange services valuation of personal data in 2014 version of my Big Data Guide pg 24-25.

Sometime ago I was reading a book called “Sapiens” (by Yuval Noah Harari) , the fascinating part in that book is what made “Homo Sapiens” better comparing to Neandarthals, that we survived,  they did not…

Imagination… And eventually, Integration. In all faces of history, Humankind has been adapting to a new ecosystem, one way to another, whenever we face to a difficulty, we will find new ways to go over it, so, I believe, nothing to fear about A.I. or Autonomous Assets, as long as their task is meant for the Goodness of Humanity.(Yes on this point, You want to check the F.L.I. (Future Of Life) Institute, which is sponsored by Hawking and Musk)

I was about 5 years old (thats about a century ago :)) when my father told me that if I want to do something interesting and good in future it should be focusing on A.I. technology and Cybernetics.

I believe in A.I., it will enable many valuable tasks in our lives, I’m sure many would not mind a robot emptying their dishwasher or doing the laundry…

But of course there is always other side of the mirror, in this case its even a deeper one.

The point is, we will not able to control the technology globally, it is not one big warehouse(fictive speaking), but there are too many warehouses, therefor I urge to start a Global program of registering all the A.I. and Autonomous Asset activities by now with regulation of pacts signed by governments.

I’m still pretty much interested in Pepper and its integration in Healthcare, Hospitality and Education.

Though on the other hand I’m leading an EU funded Research consortium based on a type of A.I. technology for Elderly as part of Ambient Assisted Living program. Its pretty interesting to handle how Elderly experience such technology.

Recently I have been asked what are my opinions about the new GDPR (Data Protection Regulation) and about our consortium case in connection with by a student who is working on his GDPR graduation thesis at V.U.A.(Vrij Universiteit Amsterdam).

I think, policy makers should  focus to close the gab between how to train citizens to be aware of their data and the regulation impact. Well, technology base data collection in Healthcare is a sensitive situation, Care & Cure require to furnish their IcT Architecture landscape and internal compliancy procedures.

So my journey of experiences contunied, at work we published our first Augmented Reality (Microsoft Cortana based) mini-utility factory. Showing how it works to visitors at fair was quiet fun. Just imagine an information walks by with you, you are handsfree and you can create any design as you require in that reality. Gamification? Oh than its even more cool! 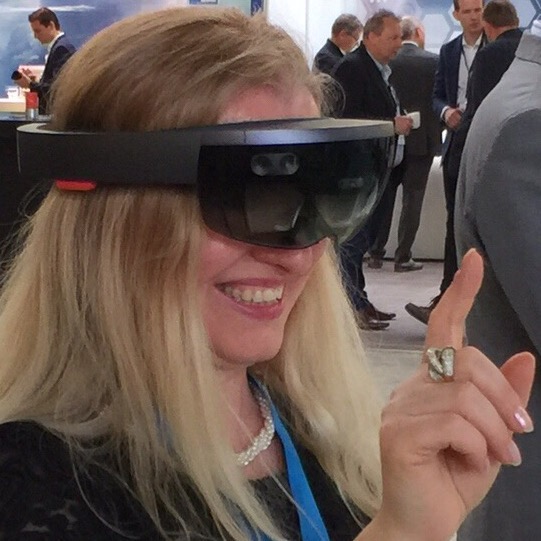 European regulation in Healthcare norms are transforming as well, we now all want to know which wearables, softwares are coming into EU market, so that the control mechanism works properly, softwares should be regulated/compliant by Notified Bodies(experts in regulation point).

Well, is it good or a bad thing?

One side yes, on the other side, might be killing the Startup-Spirit…

But, there are so many wearables, with no common technology protocol-processes, they dont survive in market either.

One of my other activities was an Energy seminar where I spoke about Big Data. That market is definitely transforming, Paris act is leading, we require to accelerate the process by enabling the technology for that purpose.

Recently I have been at European Parliament about Smart Living technology clusters that are implemented in Italy. We in Europe love sharing knowledge and experience. Highlights are, Silver Economy is on the rise. Technology should be integrated in, it ll accelerate the sustainability, Energy Saving, Living labs and cluster experiments should spread over Europe. 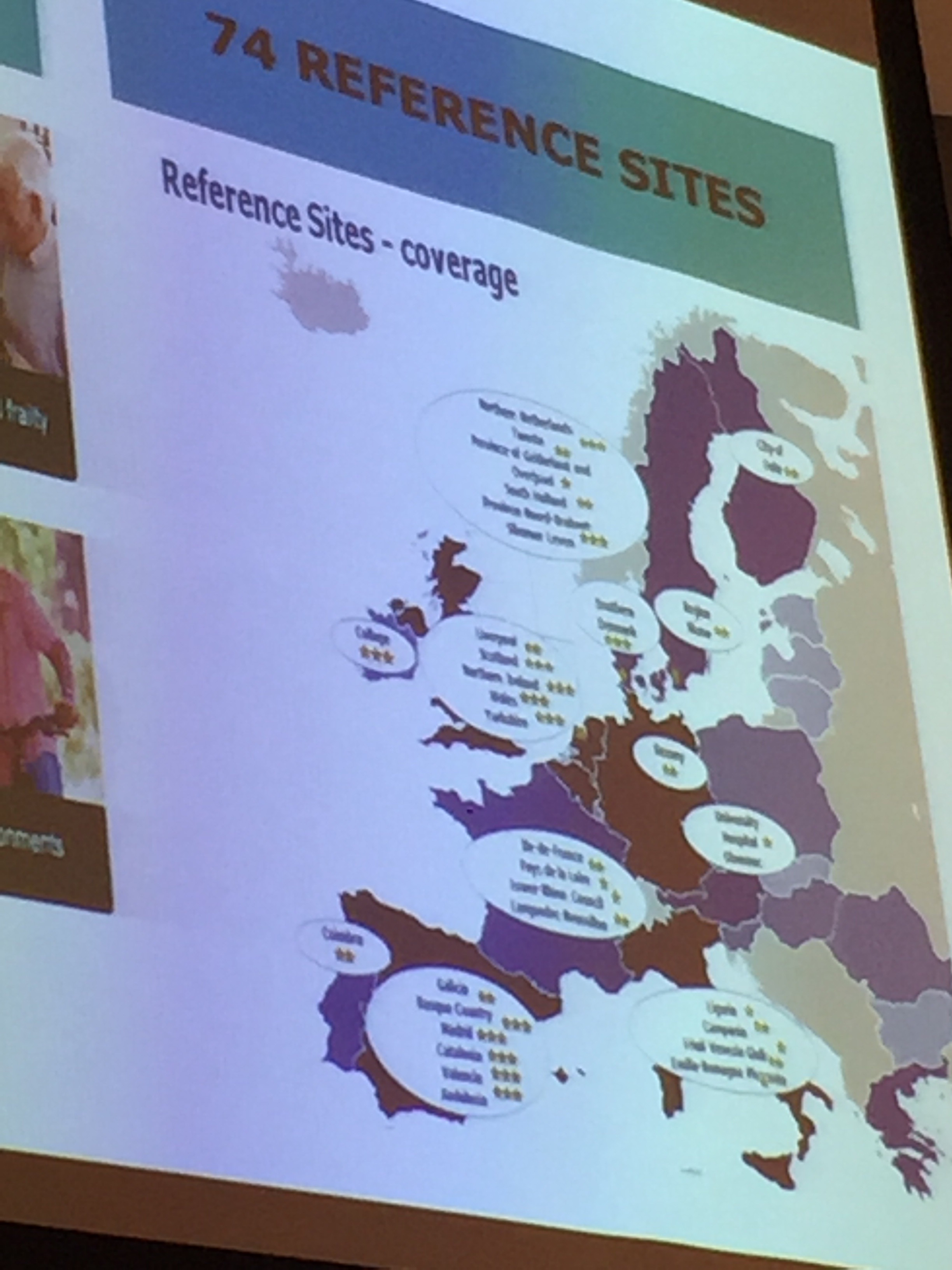 But there is always an underlying point at the background, How good they take care their Hospitals? When I step in, am I by the trusted environment, Would you mind, if Hospital building would contact you through your phone, when you step in, saying, good afternoon Mr. …, Your appointment has 10 minutes delay, please enjoy the coffee at the first floor on the right wing?

Getting ready for Blockchain?

Its pretty exegerated hype that is Blockchain(yes they said the same about Big Data as well, but, here we still are…)

In case of Blockchain, we reauire to see more examples of smoothly running and roi delivering cases.

Yes, you as an enterprise or even as an individual profit over Blockchain, I believe my first Blockchain article was published here about 4 years ago, when I was personally interested in setting up a Blockchain Business, after playing with bitcoin, i figured it out, that was not for a small investor to keep up with the costs require to lift up for mining.

Yes, Mining, thats the essential part of Blockchain where so called the security is balanced. In an Enterprise solution where there are no millions of users as it is in Bitcoin, it might be a weak point of the traject.

Also an Enterprise solution still ll be installed in a Data Center, where single point of entry is a weak security point.

On the otherhand Blockchain can give a full transaction history, which is a promising solution for Compliancy and Pricing instances.(Banking/Law enforcement/Audit/Fraud/Risk/Commercial).

Go for it, if you want to save time on administrative repetitive operational tasks and secure price regulation in order to avoid penalties or fraud.

For now this is all, I probably ll contunie updating this article ongoing, since still some more to share about above experiences.

And, in case of you are interested knowing more?

You can reach me directly at