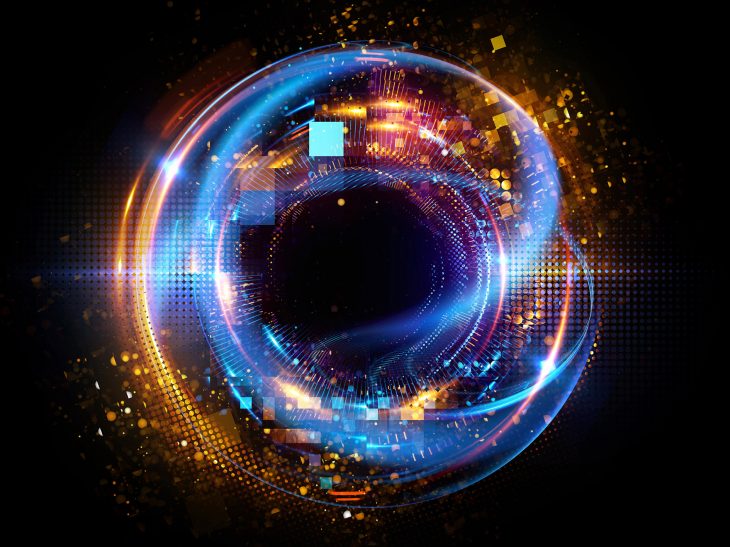 Researchers have invented a device that operates at 40 times colder than deep space to directly control thousands of qubits, the building blocks of quantum computers. 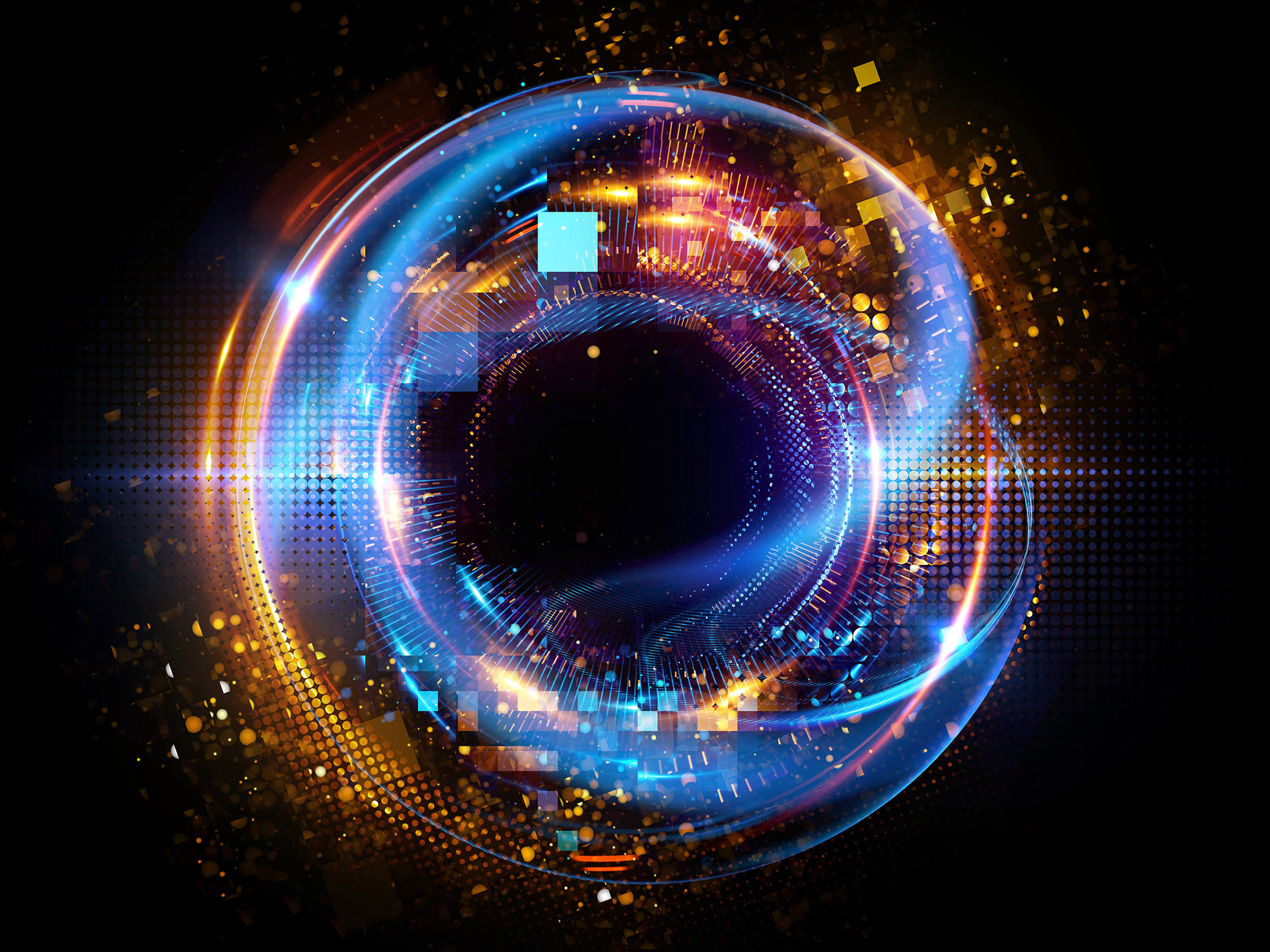 Scientists and engineers at the University of Sydney and Microsoft Corporation have opened the next chapter in quantum technology with the invention of a single chip that can generate control signals for thousands of qubits, the building blocks of quantum computers.

“To realise the potential of quantum computing, machines will need to operate thousands if not millions of qubits,” said Professor David Reilly, a designer of the chip who holds a joint position with Microsoft and the University of Sydney.

“The world’s biggest quantum computers currently operate with just 50 or so qubits,” he said. “This small scale is partly because of limits to the physical architecture that control the qubits.”

“Our new chip puts an end to those limits.”

The results have been published in Nature Electronics.

Most quantum systems require quantum bits, or qubits, to operate at temperatures close to absolute zero (-273.15 degrees). This is to prevent them losing their ‘quantumness’, the character of matter or light that quantum computers need to perform their specialised computations.

In order for quantum devices to do anything useful, they need instructions. That means sending and receiving electronic signals to and from the qubits. With current quantum architecture, that involves a lot of wires.

“Current machines create a beautiful array of wires to control the signals; they look like an inverted gilded birds’ nest or chandelier. They’re pretty, but fundamentally impractical. It means we can’t scale the machines up to perform useful calculations. There is a real input-output bottleneck,” said Professor Reilly, also a Chief Investigator at the ARC Centre for Engineered Quantum Systems (EQUS) .

Microsoft Senior Hardware Engineer, Dr Kushal Das, a joint inventor of the chip, said: “Our device does away with all those cables. With just two wires carrying information as input, it can generate control signals for thousands of qubits.

“This changes everything for quantum computing.”

The control chip was developed at the Microsoft Quantum Laboratories at the University of Sydney, a unique industry-academic partnership that is changing the way scientists tackle engineering challenges.

“Building a quantum computer is perhaps the most challenging engineering task of the 21st century. This can’t be achieved working with a small team in a university laboratory in a single country but needs the scale afforded by a global tech giant like Microsoft,” Professor Reilly said.

“Through our partnership with Microsoft, we haven’t just suggested a theoretical architecture to overcome the input-output bottleneck, we’ve built it.

“We have demonstrated this by designing a custom silicon chip and coupling it to a quantum system,” he said. “I’m confident to say this is the most advanced integrated circuit ever built to operate at deep cryogenic temperatures.”

If realised, quantum computers promise to revolutionise information technology by solving problems beyond the scope of classical computers in fields as diverse as cryptography, medicine, finance, artificial intelligence and logistics.

Quantum computers are at a similar stage that classical computers were in the 1940s. Machines like ENIAC, the world’s first electronic computer, required rooms of control systems to achieve any useful function.

It has taken decades to overcome the scientific and engineering challenges that now allows for billions of transistors to fit into your mobile phone.

“Our industry is facing perhaps even bigger challenges to take quantum computing beyond the ENIAC stage,” Professor Reilly said.

“We need to engineer highly complex silicon chips that operate at 0.1 Kelvin,” he said. “That’s an environment 30 times colder than deep space.”

Dr Sebastian Pauka’s doctoral research at the University of Sydney encompassed much of the work to interface quantum devices with the chip. He said: “Operating at such cold temperatures means we have an incredibly low power budget. If we try to put more power into the system, we overheat the whole thing.”

In order to achieve their result, the scientists at Sydney and Microsoft built the most advanced integrated circuit to operate at cryogenic temperatures.

“We have done this by engineering a system that operates in close proximity to the qubits without disturbing their operations,” Professor Reilly said.

“Current control systems for qubits are removed metres away from the action, so to speak. They exist mostly at room temperature.

“In our system we don’t have to come off the cryogenic platform. The chip is right there with the qubits. This means lower power and higher speeds. It’s a real control system for quantum technology.”

“Working out how to control these devices takes years of engineering development,” Professor Reilly said. “For this device we started four years ago when the University of Sydney started its partnership with Microsoft, which represents the single biggest investment in quantum technology in Australia.

“We built lots of models and design libraries to capture the behaviour of transistors at deep cryogenic temperatures. Then we had to build devices, get them verified, characterised and finally connect them to qubits to see them work in practice.”

Vice-Chancellor and Principal of the University of Sydney, Professor Stephen Garton, said: “The whole university community is proud of Professor Reilly’s success and we look forward to many years of continued partnership with Microsoft.”

Professor Reilly said the field has now fundamentally changed. “It’s not just about ‘here is my qubit’. It’s about how you build all the layers and all the tech to build a real machine.

‘Our partnership with Microsoft allows us to work with academic rigour, with the benefit of seeing our results quickly put into practice.”

The Deputy Vice-Chancellor (Research), Professor Duncan Ivison, said: “Our partnership with Microsoft has been about realising David Reilly’s inspired vision to enable quantum technology. It’s great to see that vision becoming a reality.”

Professor Reilly said: “If we had remained solely in academia this chip would never have been built.”

The Australian scientist said he isn’t stopping there.

“We are just getting started on this new wave of quantum innovation,” he said. “The great thing about the partnership is we don’t just publish a paper and move on. We can now continue with the blueprint to realise quantum technology at the industrial scale.”