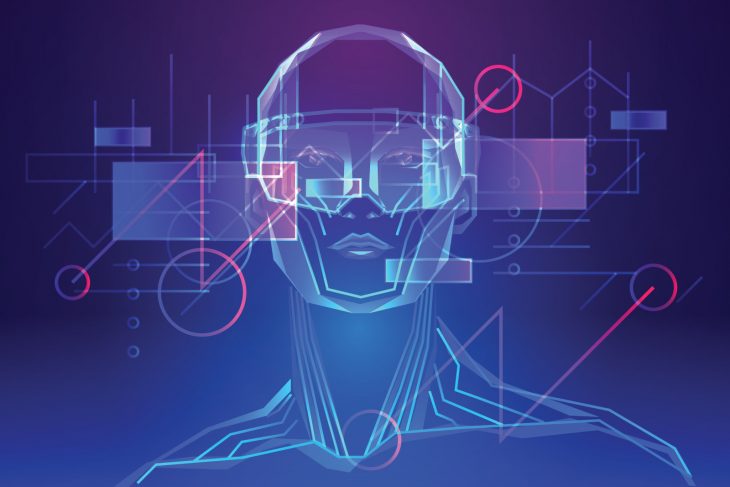 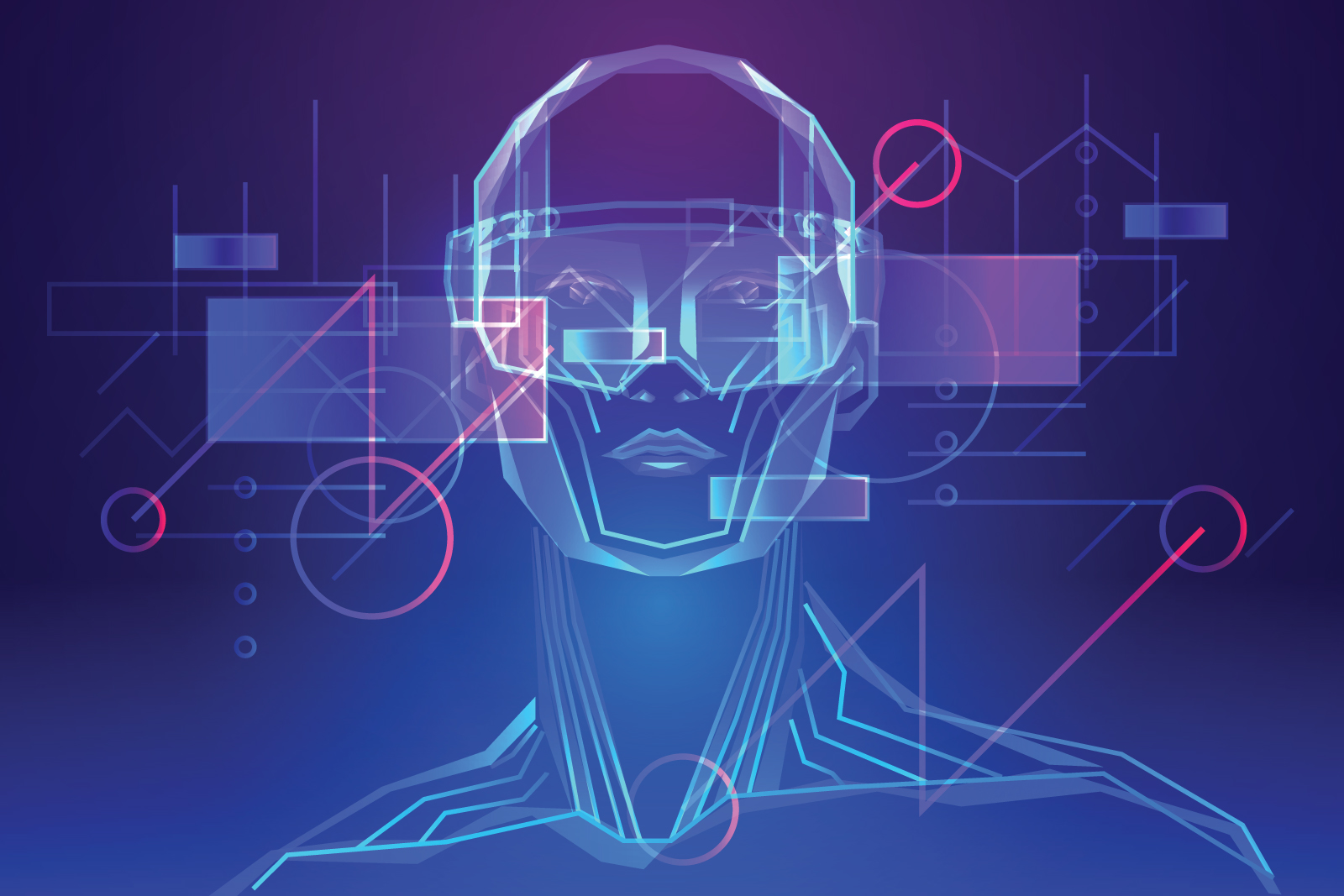 Microsoft, Facebook and other tech companies claim a virtual reality universe is the future of the Internet.

The 2018 sci-fi film “Ready Player One” offers a glimpse of what many technology companies prophesy is the Internet’s next big thing.

Inspired by a 2011 Ernest Cline novel, the film’s orphaned teenage hero flees his bleak real-world existence by immersing in a dazzling virtual reality fantasy. The boy straps on his headset, reminiscent of a pair of VR goggles, and escapes into a trippy virtual universe, dubbed “OASIS.”

A number of sci-fi-inspired tech CEOs say that one day soon, we will all be hanging out in an interactive virtual reality world, complete with games, adventures, shopping and otherworldly offerings, just like the characters in the movie.

Instead of OASIS, they call it the metaverse.

The metaverse is different from today’s virtual reality, where clunky headsets offer siloed experiences and few chances to cross-play with people who own other gadgets. Instead, the metaverse would be a massive communal cyberspace, linking augmented reality and virtual reality together, enabling avatars to hop seamlessly from one activity to the next.

It’s a huge undertaking that would require standardization and cooperation among tech giants, who are not prone to collaborating with competitors — though it hasn’t stopped many from saying the metaverse is just around the corner.

Silicon Valley is racing to build the next version of the Internet. Fortnite might get there first.

Facebook should be known as a “metaverse company,” CEO Mark Zuckerberg said in July on an earnings call. The goal, he said, is to populate this virtual world by enticing new users with cheap headsets. Eventually, Zuckerberg hinted, this robust user base would prove an adverting boon: “hundreds of millions of people” in the metaverse “compounds the size of the digital economy inside it.”

Facebook moved closer to this vision in recent weeks, revealing a virtual reality workspace for remote workers. The company is also working on a smart wristband and VR goggles that project the wearer’s eyes. The company is investing billions of dollars into the effort.

The metaverse doesn’t exist today, and there’s no clear date for its arrival. Augmented reality and virtual reality have yet to woo the masses and remain a niche interest, despite Zuckerberg’s pledge in 2017 to bring a billion people onto Oculus headsets.

But Facebook isn’t the only company betting heavily on the metaverse.

In May, Microsoft said it is “uniquely positioned” with a stack of artificial intelligence and mixed reality tools to help companies start developing “metaverse apps today.” A number of gaming companies, including Fortnite’s owner Epic Games, have released simulation software and VR servicesfor a metaverse. Here’s what you should know.

What is the metaverse?

The term was coined by writer Neal Stephenson in the 1992 dystopian novel “Snow Crash.” In it, the metaverse refers to an immersive digital environment where people interact as avatars. The prefix “meta” means beyond and “verse” refers to the universe. Tech companies use the word to describe what comes after the Internet, which may or may not be reliant on VR glasses.

Think of it as an embodied Internet that you’re inside of rather than looking at. This digital realm wouldn’t be limited to devices: Avatars could walk around in cyberspace similar to how people maneuver the physical world, allowing users to interact with people on the other side of the planet as if they’re in the same room.

But for a robust virtual universe, everyone needs to want and afford VR headsets. The technology would need to be stylish and minimal enough to interest more people and sophisticated enough to work seamlessly. That hasn’t happened yet.

How does the metaverse work?

In theory, you’d log on to the metaverse similarly to logging on to the Internet. Only you’d use a head-mounted display, not a screen, to view content and a form of motion tracking, like Facebook’s wristband, to grab objects.

To be a full universe, no single company could own the metaverse, similarly to how no one owns the Internet. But companies may try to monopolize their respective corners of the metaverse, just as a handful of large tech companies dominate online content today. Firms could do this similarly to how they make money off apps via subscription services, shopping carts and advertising.

“There will be power players for sure,” said Denise White, founder of the immersive tech company Blank XR. “Once you’re able to put on your new AR glasses and you suddenly see these holograms walking around in the world, then you’ll know, you’re now inside of the metaverse.”

With so many devices offered by different companies, it’s unclear how a single avatar could move between them. One theory is that the metaverse would pick up cues from web browsers. Just like you can toggle between websites on your smartphone, your avatar might jump between platforms built to be cross-compatible and inclusive, said Daniel Liebeskind, CEO of Topia, a video chat platform.

“The metaverse should be a collection of technologies, backends and experiential frontends that all play nicely together,” Liebeskind said.

Who are its power players?

Several large tech companies are chasing down the metaverse.

Facebook bought Oculus in 2014 with this metaverse vision in mind. Zuckerberg said in a statement at the time that the social networking site is “getting ready for the platforms of tomorrow.” More recently, Facebook launched a new product group to build the new 3-D social space, calling for a “connective tissue” to bridge varying services together.

In May, Microsoft CEO Satya Nadella said the company working to build an “enterprise metaverse.” A month earlier, Epic Games said it raised $1 billion to spend on its metaverse plans. The computing giant Nvidia and gaming platform Roblox are also working in this realm. Last year, Spatial released a free AR app allowing avatars to appear within a user’s real-world environment. Meanwhile, Snapchat has been moving in this direction for years, introducing custom avatars and filters that overlay the world with digital content. Apple also has longtime AR ambitions.

Magic Leap was one of the earliest companies to draw attention to the space when it released an augmented reality app in 2011. Today, it mostly sells to businesses, according to its website.

But there’s still room for start-ups, since a digital world would require loads of content, tools and places for people to see and engage with.

Will the metaverse actually happen?

It’s not yet clear. While technological advances have made VR headsets lighter weight and more affordable in recent years, the devices are primarily used by a niche group — gamers — and have been since the beginning. And most gamers still don’t have a VR system. Just 29 percent of the 169 million gamers in the United States say they own one, according to figures from the Entertainment Software Association.

“At the moment, VR is stuck as a subset of games consoles, and it’s not self-evident that it will break out of that,” said Benedict Evans, a tech analyst and former partner at the venture capital firm Andreessen Horowitz. “Gaming is a big business, and it’s hundreds of millions of people, but is not billions of people. So it’s not a universal experience.”

So why are companies doing this?

It depends on whom you ask.

VR companies say it’s only a matter of time before consumers, already obsessed with social media, will want somewhere new to interact and attract digital likes. A metaverse could allow people tired of photo filters and video editing tools to digitally embody whole new personas and show their creativity or financial status through avatars. It might also drive young people to spend even more time online.

Facebook for years has described its mission as connecting people online, whether it’s through virtual reality, groups on the social networking app or commerce business. Zuckerberg argues that the metaverse is part of the company’s natural evolution, allowing people to move between virtual reality, augmented reality, personal computers and traditional smartphones.

In a more sinister interpretation, a widely used VR device would allow Facebook to call the shots, enabling the social media company to bypass privacy agreements and app store fees charged by Apple and Google.

“It would allow them to do all the things they cannot do in the Apple Store or Google Play Store,” said Nikita Anufriev, chief product officer of Dreamcam, a webcam VR company.

It would also give Facebook and other companies a new revenue stream. “If you can create a universal pair or AR glasses, you own the platform under which everyone has to buy assets,” said Mike Cadoux, general manager at QReal, a start-up creating 3-D models for VR.

Other firms are likely investing in the metaverse vision because they don’t want to risk getting left behind, while some are experimenting to see what the possibilities are.

“It’s the little kid in all of us that wants to live in a sci-fi novel. We want life to be fun like a game,” said Jon Morris, a founder of Nowhere, a virtual events platform. “And there aren’t the tools to do it well on the Internet yet.”