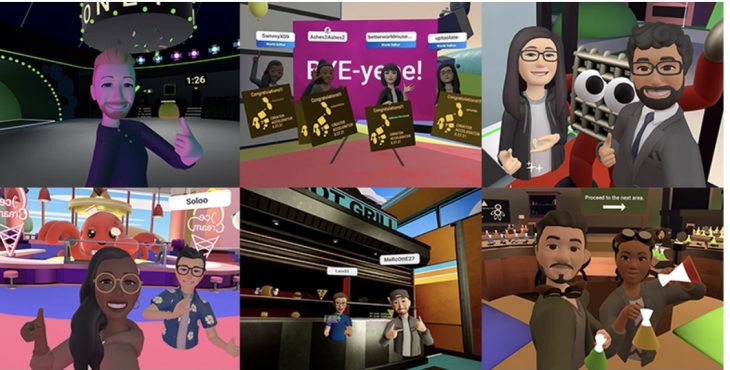 What are the next steps? It looks like more funding and an attempt to woo more creators in.

Ahead of Facebook’s developer-focused Connect conference at the end of the month, Facebook has a newly-announced $10 million creator fund that aims to attract early adopters of its metaverse creative tools, making performance spaces and games and worlds for the still-unfinished Horizon Worlds app.

Horizon Worlds, formerly called Facebook Horizon, looks to be a creative playground much like existing popular social/metaverse spaces such as Altspace VR, VRChat and Rec Room. But Horizon Worlds is doing it with Facebook app hook-ins. Facebook plans to fund creators either through open competitions or application-based accelerator and funding programs.

These experiences also aim to have payment structures where performers could be tipped, or microtransactions paid in-world. “What I’m personally hoping is we can tie some of these strings across the family of Facebook apps, where creators not just from Instagram or Facebook, but from Horizon, becomes a thing where an entire economy exists and has ties back to it,” Vivek Sharma, formerly with Facebook Gaming but now a part of Facebook’s metaverse group, told me in a conversation over Zoom. Sharma sees the fund as necessary now, but points to how where Horizon’s metaverse can go, with tipping during livestreams as a source of revenue for future performers, suggesting things like entry fees or in-experience payments, as what Facebook wants to build next.

But that’s not in Horizon Worlds now. In fact, Facebook’s creator metaverse seems very similar, for the most part, to other social metaverse worlds, with the added benefit of in-app creating/coding tools. I’ve already experienced demos of Facebook Horizon in 2019 and 2020. My latest demo shows how the app’s layout has changed: There’s now a menu with tabs to browse different user worlds or find games to play. Much like social spaces in VR already do (Altspace VR, VRChat), Horizon Worlds has portal doors that link you to other spaces.

I tried one game called Shop Shop that involved finding ingredients and feeding them to a suction tube, which reminded me of some things I’ve tried in Rec Room. I also saw the Horizon Worlds main World Tours room, which showed off some community spaces, where one creator, OcuLos410, showed me around as we hopped onto a moving open-air car-tram. Another space was a user-created meditation room (Garden Gate Meditation, by Flutt3r), with cartoon fish swimming in a koi pond, where the creator’s voice could play on demand to lead a session. A third experience, set across a few large rooms, was a type of escape room set in a giant-sized house (A Different Escape by Ashes2Ashes) where I jumped around to find clues and pieces of a story.

It still doesn’t seem like Horizon Worlds is opening up to the public anytime soon, but Facebook might very well start experimenting with concerts and events in Worlds that have invite links showing up elsewhere. For now, it seems like Horizon Worlds has limits on the scale of spaces in relation to how many people can attend at once, but much like Facebook’s Venues app for video events, Horizon Worlds could end up aspiring to be a live interactive hub for performances and even theatrical/gaming experiences. All indications are the Worlds will continue to slowly roll out in bits and pieces, with more people being granted access over time. But how, and when?

Amid a week for Facebook that involved global outages and an increasing lack of confidencein the company’s wider-reaching intentions, there also lives the biggest question: do people want their metaverses to live under Facebook, or somewhere else?